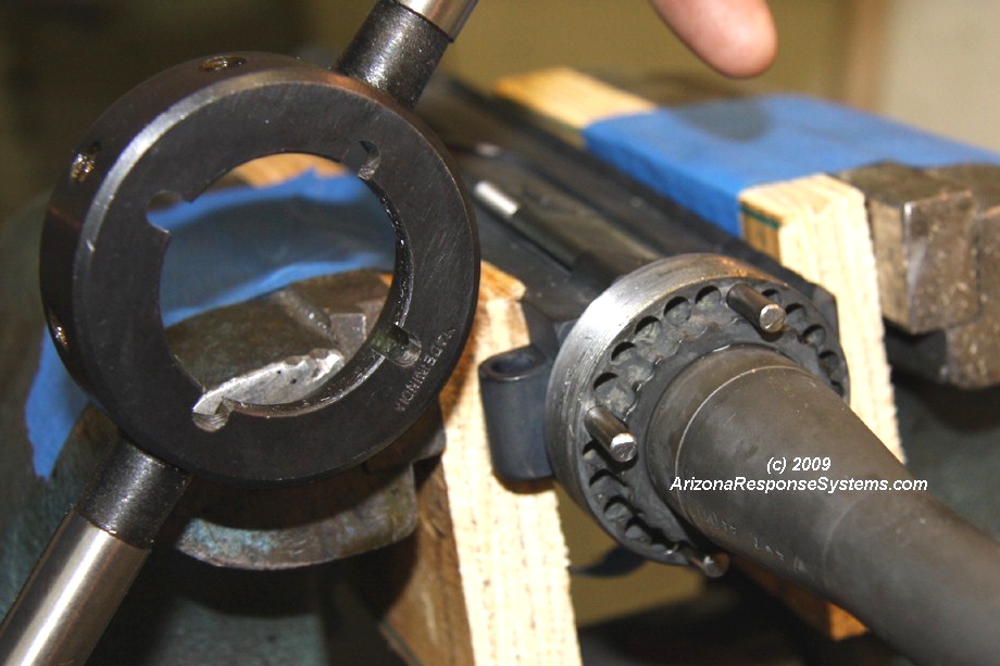 Introduction
It’s hard to do a job correctly if one doesn’t have the proper tools. I have made a hobby of collecting armorer tools to go with the wide variety of firearms that come into my shop. Some I may never use, but are works of art, both in their concept and execution. Others are overly complicated for tasks that can be better performed with a hammer and punch. Here is a look at a few of the specialty tools I’ve designed over the last 20 years.
AK Rear Sight Tool

use a dental pick to ensure the recess is clear of gunk before installing rear sight leaf spring.
It is easier to install the rear sight with the lower handguard removed so the receiver will rest flat on your workbench and not rock from side to side.

press straight down and pull sight to rear. The screwdriver blade fits neatly in the center sight groove. The tab keeps it from slipping out and marring the finish

The blade will push the spring down for reinserting the sight, while the tab slips into the corner to prevent the screwdriver from slipping and marring the finish
AK Firing Pin Channel Tool

Often sand from refinishing remains in the firing pin channel. This is dangerous because it can wedge the firing pin in the forward position and cause slam fires.

Not wanting to use a good 4.50 mm drill bit, I took a piece of hardened rod and ground a groove in either side and welded it to a handle made from a cut-off barrel section.

The same type of tool can be fabricated for any deep channel. I have one for the FAL bolt extractor spring and extractor plunger, the FAL locking lever retaining screw channel, etc.

Turning the tool clears any sand or gunk from the firing pin channel. Follow up with compressed air. Make sure the firing pin moves freely.
AK Chamber Brush

If there is any overspray in the chamber from painting, I polish it out with a brass bristle-brush and a cordless drill. The flexible shaft allows me to reach the chamber
AK Work Stand

Having the rifle in a secure stand helps with installing the trigger group. I use a defective magazine welded to a steel plate. You can make the stand as simple or as elegant as desired. Make sure the magazine is long enough to allow the rifle to rock far enough forward to remove it from the magazine. I failed to do so on this one so I had to add the second plank (a 24″ laminated shelf) to the base to get the necessary height.

I later cut a clearance slot in the base for Romanian AKs using the front pistol grip lower handguard.

here is another one I made for a friend to display her AK.

I used a piece of scrap metal and four screws in a pine plaque from Michael’s Art Supply (about $3). Be sure to check for center of balance before mounting to base.
KAS SR-25 Barrel Nut Wrench

I was not going to pay $250+ for the factory wrench. I made this one from a $12 threading die holder and 4 pins.
FAL Gas Nut & Rear Handguard Support Wrench

I got tired of breaking spanner wrenches from other companies that lacked sufficient harness for the intended purpose. The DSA, for example, would often fail on first use.

A pair of channel-lock pliers has worked very well. I ground the teeth to match the grooves in the FAL rear handguard support. It also works on the gas regulator, as does the bottle-opener on my pocket knife.

There is a plastic sleeve around the upper arm of most Galil stocks and the FAL Paratrooper stock. I have to remove this for refinish, and the knuckle is usually very tight and sometimes glued. This tool, made from scrap pipe, gives me the spreading pressure to separate the two pieces. Sometimes it helps to heat the knuckle, being careful not to melt the plastic sleeve.
FAL Para Relief Cut Fixture

A true FAL para has a longer nose of the dustcover and requires either cutting the nose off (yech!) or machining the receiver. The angle makes it hard to do on a mill unless one has a 90 degree cutting head.
FAL Flash Suppressor Wrench 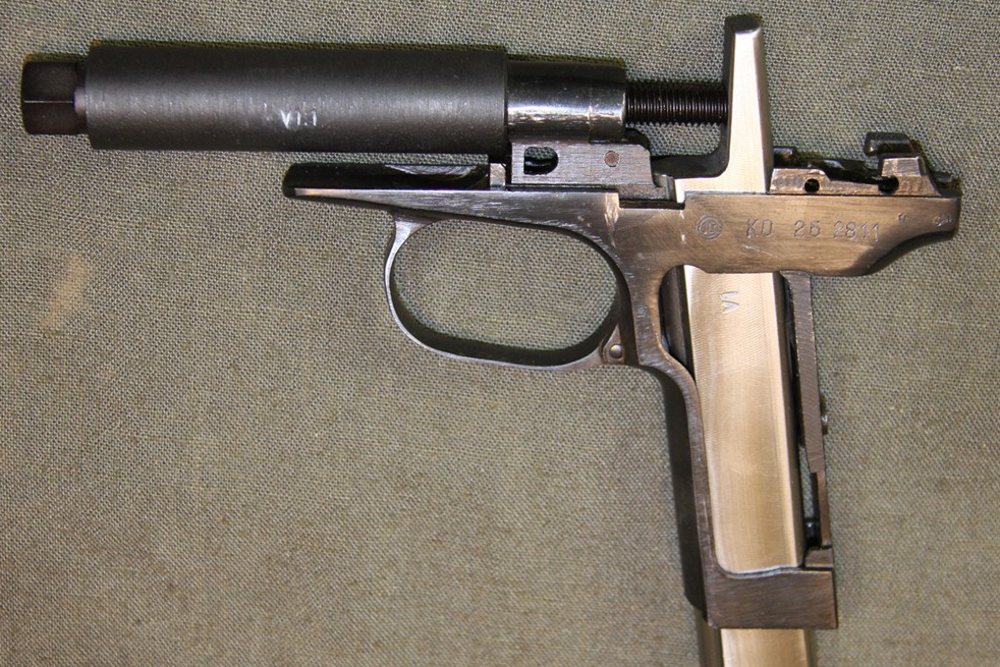 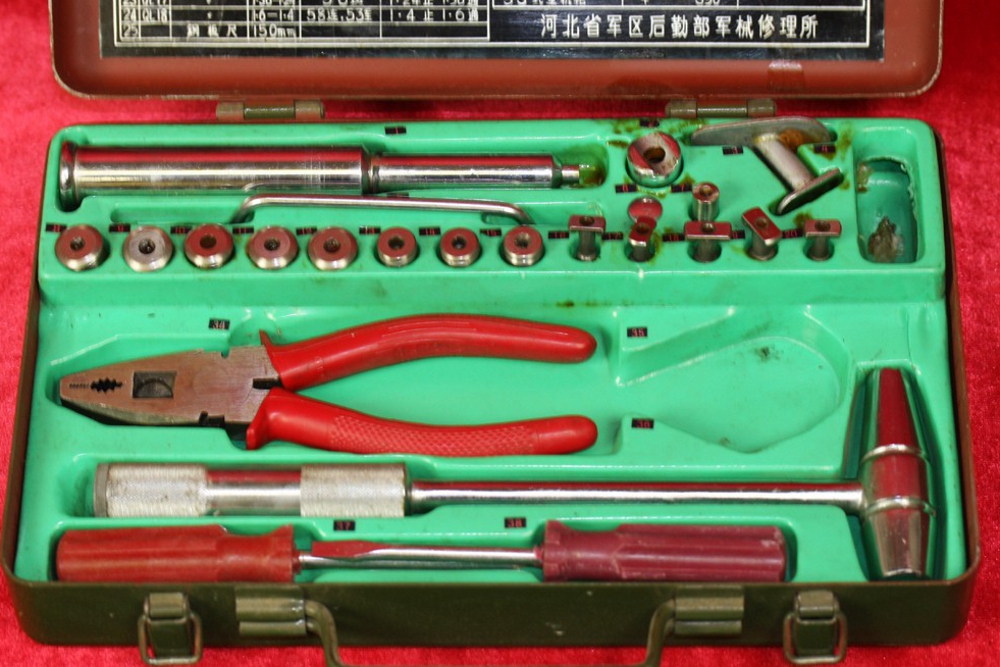 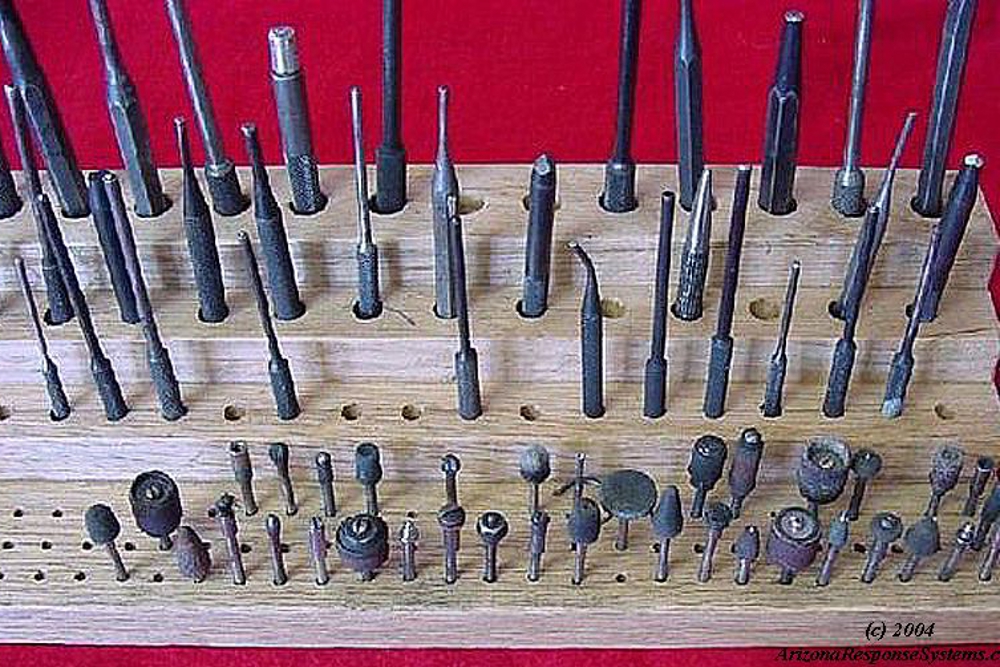 (updated 04-09-2020) Introduction There are some commercial tool-holders sold. None met my specific