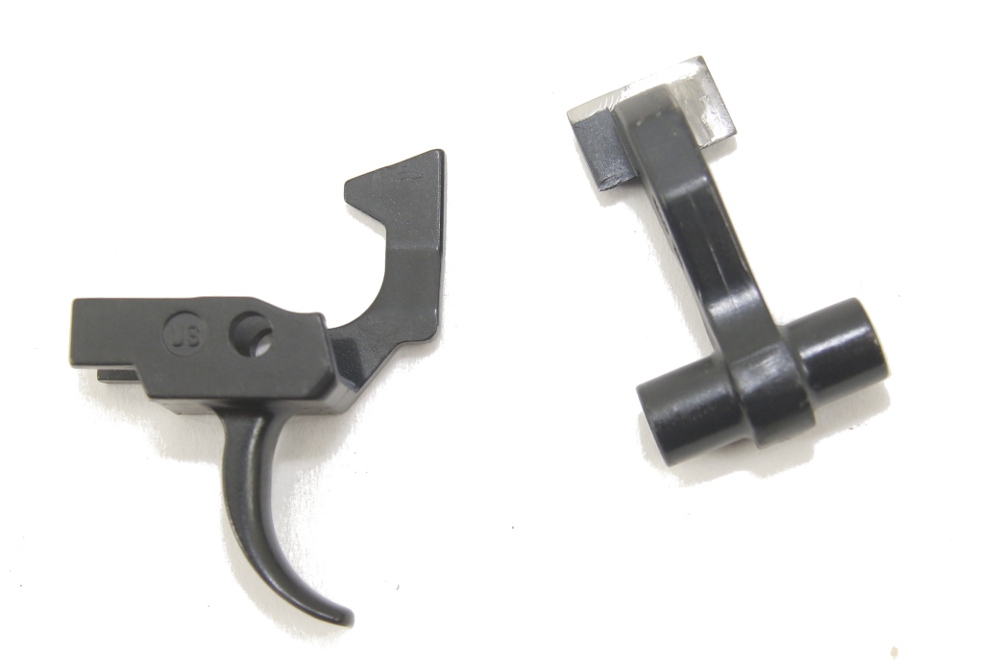 Introduction
This is an extension of the tutorial I wrote on the TAPCO G2 trigger group to address the differences in the ARSENAL trigger group. Please read the other tutorial first as the principles are the same.

An AK-47 (not AKM) two-claw trigger is a two-stage design. As you pull the trigger, it travels a short distance under the tension of the hammer/trigger combination spring. This is the first stage. Then the front of the disconnector claw contacts the back of the hammer, stopping the travel. This ends the first stage and the trigger can be held at this position. Additional pull force is required to continue travel as the tension of the disconnector spring is now added to the hammer/trigger combination spring. This is the second stage. The reason that two stage triggers are desirable on military rifles is the long trigger pull makes the gun “safe” under adverse and stressful conditions, but the perception of the second stage is a light pull.

Suppose the first stage is 6 pounds and the total force to override the disconnector is 7.5#. Technically, it is a 7.5# trigger pull, but the perception is only the difference between the first and second stage, or 1.5#. Thus you have the safety of a heavy trigger pull that even poorly trained troops in hostile environments can avoid negligent discharges, but when time allows for precision shooting, the effective pull is very light.

The Arsenal (and TAPCO) are of the AKM design. They never touch the disconnector during trigger pull. The rest position is above the disconnector. Thus neither one can ever be a two-stage in the traditional sense.

The Romanian PSL uses a different approach to obtain the effect of a two-stage without introducing the disconnector spring to the equation. They cut a small semi-circular groove right before the release point of the hammer (I’ll get a photo eventually). So the first portion of the trigger pull is a long single-stage, but then the claw of the trigger drops into the groove. The trigger claw must now travel up-hill to come out of this groove and release the hammer. This slight increase in required trigger force functions as a second stage and is similar to the double hump found on military Mauser triggers, and the Springfield 03, just upside down.

K-Var appears to have been trying to get the same effect by putting a small bump on the trigger claw and the end of the hammer engagement. This is what they call their two stage, but it didn’t work out so well. The humps are so small and sharp, that when they meet they effectively stop the trigger – a ridiculous amount of force is required to over-ride the contact. The single-stage trigger is the same as the two stage, but with the bumps removed.

I believe you can obtain an excellent single stage trigger with a few modifications to the two-stage ARSENAL. It is long, but smooth, and has a surprise release. I do the same to a two-stage because I can put a smoother finish on the parts than comes from the casting. Furthermore, stacking of tolerances can allow the hammer to miss the disconnector claw in some trigger-group and receiver combinations, resulting in hammer follow and doubling. The tolerances are

This tutorial demonstrates how I adjust all ARSENAL trigger groups before installation.

I use a mill with carbide cutters because the metal is very hard. You can do the same thing with sharp files and stones and some patience. Here I machine the bump off and skim the claw just enough to make it flat. Try not to remove as little material as possible and maintain the same angle.
Hammer

Here is the bump on the “two-stage” hammer.

I machine the hump off maintaining the same angle and removing only enough material to leave the surface flat. Ignore the right side of the hammer. It has no function in a semiauto single-claw trigger group. In a full-auto AKM trigger group, it actuates the rate reducer/anti-bounce device.

I reposition the hammer so the cut will give a slight downward angle. The angle is 8 degrees but from a different reference point, from the claw engagement surface on the trigger, it is about 2 degrees. I reduce the height of this disconnector shelf by approximately .010″.

This cut just kisses the front surface of the hammer engagement to insure that is it 90 degrees to the body.

Here I use a 3M Scotch Brite wheel to deburr the sharp edges on the disconnector shelf.
Disconnector

I make this initial cut before test fitting because I’ve done enough to know approximately how much needs to be removed to bring the disconnector almost into contact with the back of the hammer. After test fitting, this step may need to be repeated. Changing the angle and shortening the nose allow the disconnector claw to travel further forward.

I bend the first coil of the disconnector spring on one side so that it wedges into its hole. This makes assembly easier. You can also use a dollop of heavy grease to hold it in place.
Test Fit

(updated 03-17-2020) Introduction I reviewed an ORF Galil receiver a few years ago, and while it cou 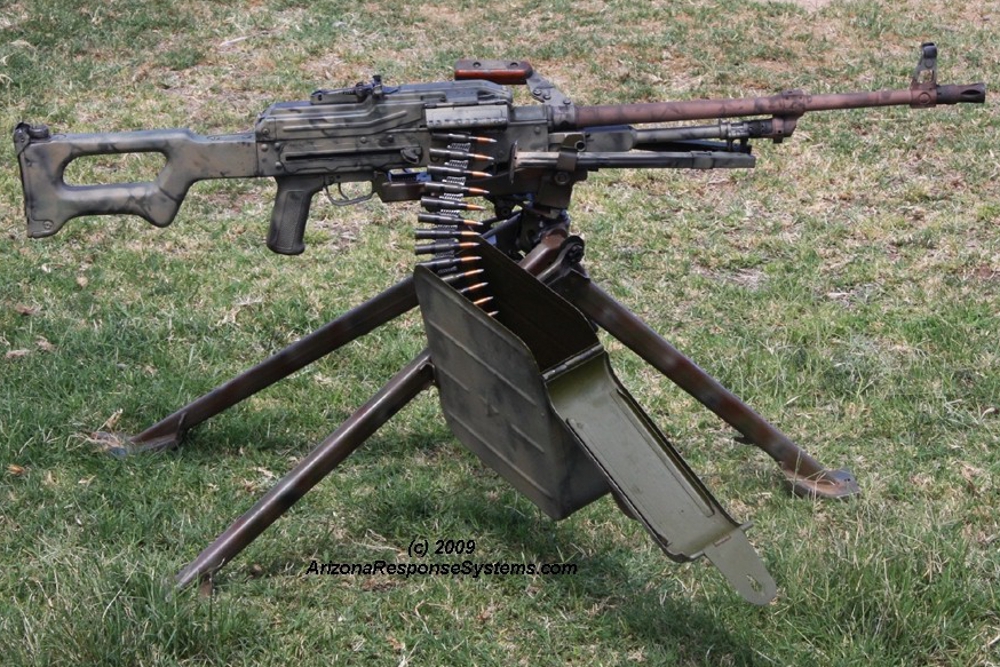 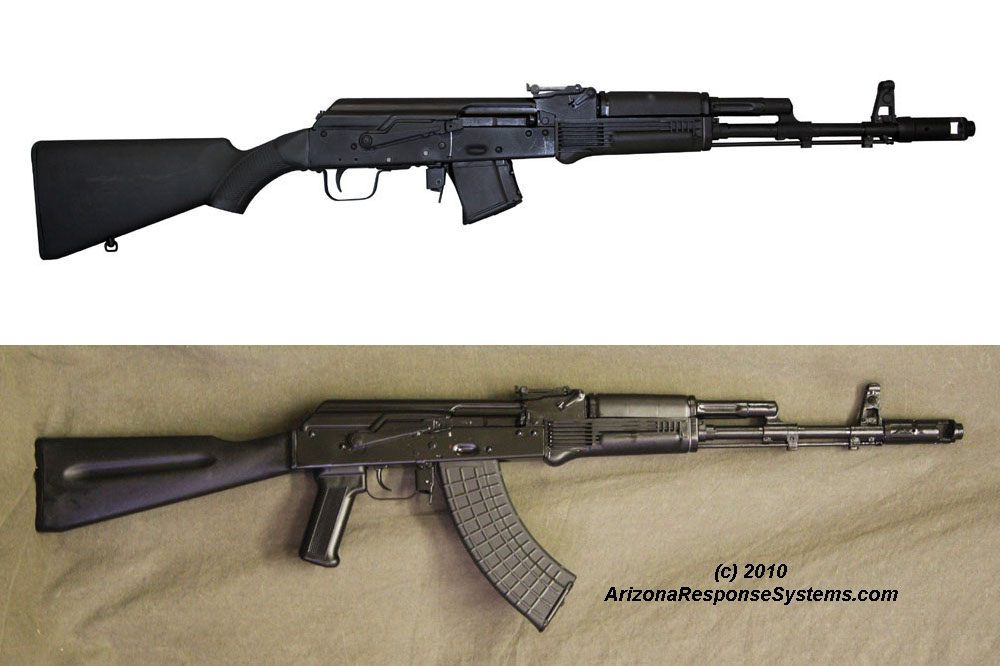