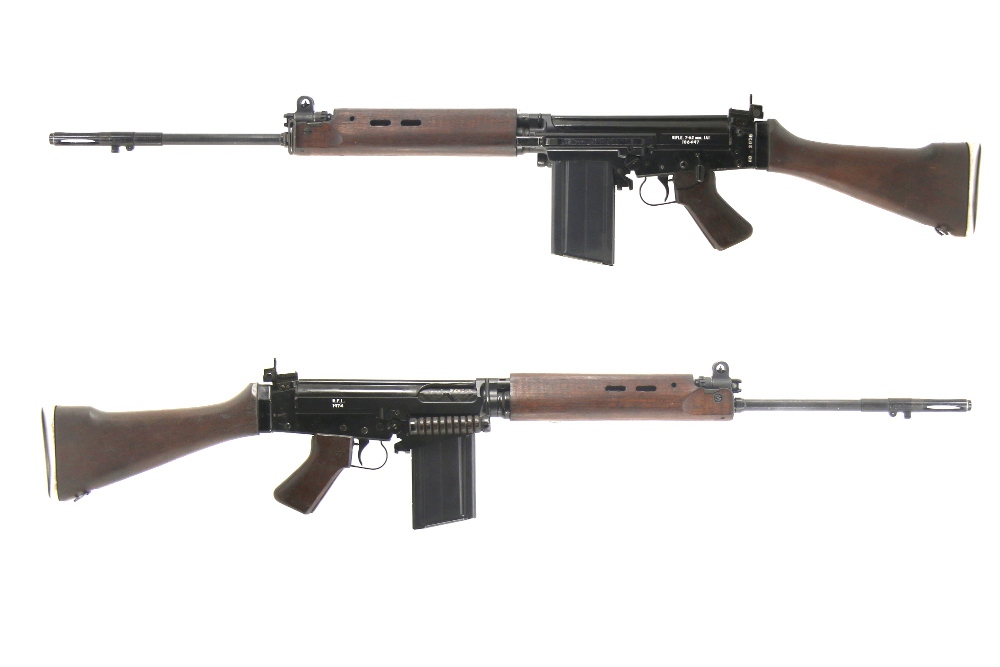 barrel same as L1A1 except for markings, wrench flat width (L1A1 on top), and initial taper

bolt similar to L1A1 except no sand cut on top front and bottom rear. Also, single cam locking lobe versus L1A1 double, May have a “C” proof. It’s more a matter of identifying the bolt as UK or Aussie, and if none of those features, it is India by default. India serial numbers generally have a 2 digit prefix, while AUssie are AD YY whewre YY is the year, and UK will be UE, B, etc and then a A12345 serial number.

bolt carrier almost identical to Aussie. Note single locking cam inside, and half-round cut. Also, exterior machining tends to be rougher. There may be a proof that resembles the crossed flag Aussie proof, but it will lack the 2 letter date code.

proof marks bolt carrier Samples taken from one of my Indian builds.

buttplate Almost identical to Aussie L1A1, except the location and depth the top screw, and the type of counterisnk on the bottom.
They are not interchangeable. Aussie buttplates are blank, whicle UK will have manufacturer on both plate and trap door. India will have manufacrurer mark on both, but I’ve seen many with evidence of this being roughly ground off.

charge handle Knob is a straight taper, while L1A1 is stepped. Axle on L1A1 is smooth on both ends while India is flared. L1A1 lightening cut is longer.

extractor plungerI have seen two variations – one shorter than L1A1 but both having the square head more rounded.

proof marks ferrule Samples taken from one of my Indian builds.

firing pin It has a FAL back end but tip tapered as an L1A1. Can use a 2-piece FAL

flash hider same as the late UK 3-slot, except the profile of the slots is different and the diameter at the largest point is slightly greater.
There are two types because one is identified by engraving “No 2” but the difference appears to be a sublte slot vcontour ariation.

gas plug -same as L1A1, except the end of the plunger is peened over a washer, instead of the shaft itself being peened.
Also, it is a straight angle between the large lobe and small lobe, while L1A1 it is a radius cut.

gas regulator a clone of the L1A1, even down to the F and arrow proof mark, but rougher and only fits 1A1 gas block

gas tube is shorter than L1A1, and the rear hole further forward.

grip Main identifier is the cross screw. Wood is more prone to splitting than Aussie Coachwood or UK Walnut.
Contour is a little blockier, with the heel having a slight swoop to it. Trigger plate is identical except for proof mark (if present)

hammer strut almost the same as the L1A1, but the end is rounded more than conical, and the crimp is longer and tapered versus more of a roll crimp on the UK and Aussie.

handguard retainer almost the same as the FAL, but the rear edge has a slight radius to it.

magazine details follow. This example I assme was for blanks, for rifle grenades, to differentiate it from live ammo.

magazine catch Almost identical to L1A1. Subtle difference in hole size. Arm has a straighter portion then L1A1.
Angle from cross arm to paddle is squared on Indian and radiused on UK and Aussie L1A1. Proofs not always present and the broad arrow isn used by both Commonwealth and India, so is not enough by itself to distinguish

magazine catch screw India is slightly larger diameter and will not fit in a commonwelath catch, but many have been sanded down.
Main difference is the hole is parallel to the screw slot on Indian and perpendicular on L1A1.

receiver lock lever Looks same as FAL vertical except the behive is flattend. Usually will have lots of markings to indicate India.

receiver cover Same as FAL except for markings.

sear same as FAL (small hole) except the area on the bottom around the spring pocket is angular on FAL and rounded on India.

selector almost identical and interchangeable with L1A1. Main difference is the detent for the selector is a spring powered plunger retained by a 2mm pin.
On the L1A1 is is aspring powered bearing witht he hole collapsed to hod it in place. Slightly more rectangular profile to knob, while L1A1 is a bit more rounded.

trigger Same as L1A1 except hole is for an axle without the L1A1 trigger and sear axle sleeve. Usually good markings. Use FAL axle
Share
2 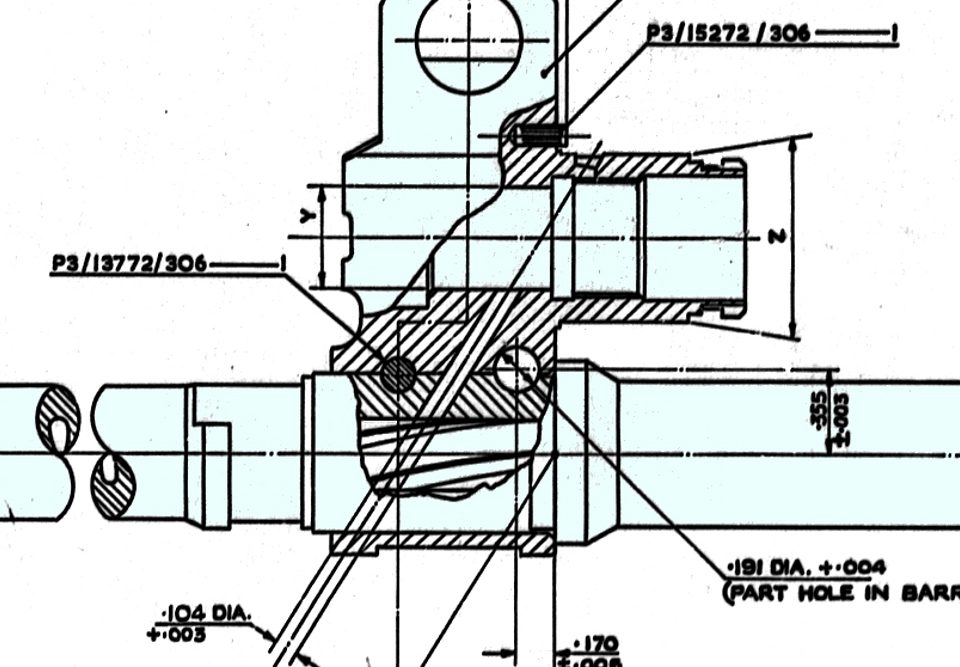