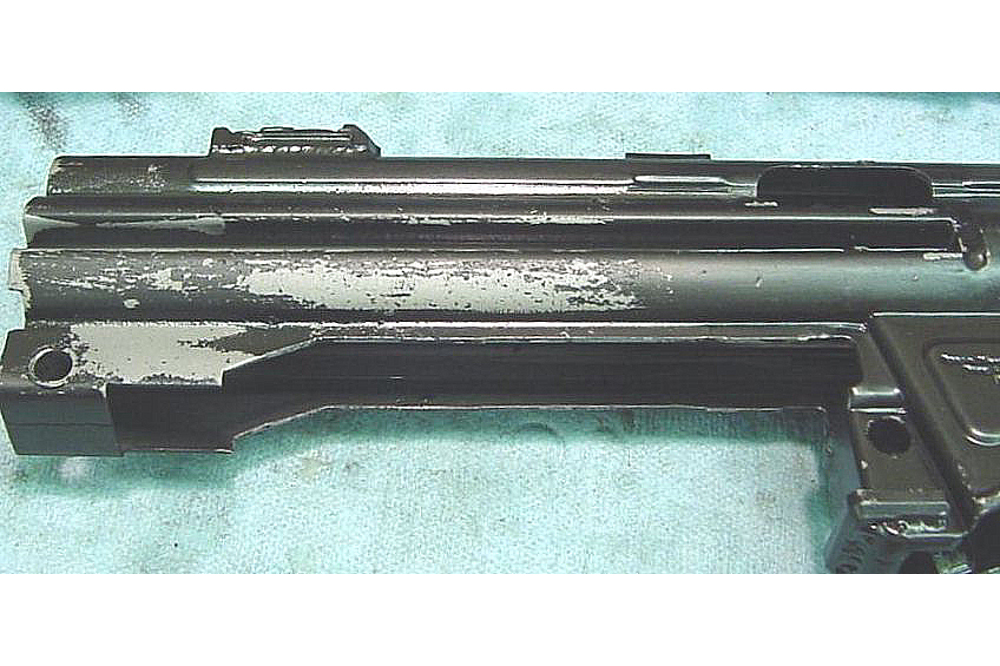 Introduction
Arizona Response Systems frequently is asked to fix hack jobs produced by low quality companies. Generally, I refuse. Not only is there the liability issue, but also I value my time too much to waste it wading through substandard parts and workmanship. I did accept a pair of Special Weapons SW5s in for refinish only, and was so disgusted by what I saw that I documented the mess. I know the appeal of an HK MP5 style rifle is strong. They are definitely cool, and factory guns run $3000-$3500, which is probably outside the price range of many folks. Potential buyers should consider that the disappointment and disgust of low quality, shabby work remains long after the inconvenience of high price is forgotten.

Special Weapons, or “Speshul Wepunz” as is they are commonly called in the industry, is a bottom-feeding company in Mesa Arizona, famous for low quality products and dishonest business practices. The owner, Todd Bailey, has been banned from every major firearms board in the US. Other companies linked to Tod Bailey include:

In a world where businesses thrive on name recognition, there can still be legitimate reasons to create new names. For example, Taco Bell, Pizza Hut, and Kentucky Fried Chicken were all owned by Pepsi Company. Cinnibon and Chevy’s Mexican Restaurant were owned by Taco Bell. I suspect Mr. Bailey’s motivation is less to identify separate subsidiaries, but to disguise the ownership. He wants to continue selling the same garbage, but knows that the horrible reputation he has earned under other names makes marketing the same junk difficult. By making a new name, he can pretend to be someone else. Bobcat Weapons claims to be unrelated to Special Weapons, but a search of the Arizona Department of State Trade Names database shows the same address for both companies. A chain-link fence dividing a room may make a legal separation, but for all practical purposes, they are one and the same. Hmmm .. . .. .

Update. Andrew Bonas of Bobcat Weapons has moved to his own facilities and renamed the company Red Rock Arms.

What kind of harsh industrial stripping agents did this to these two separate receivers? A bucket of paint thinner. Yes, thats right, nothing more aggressive than 5 minutes in Home Depot paint thinner made this ghastly spray paint finish come right off. While some may ask “Isn’t paint thinner designed to remove paint?” Sure – if it Krylon rattle-can paint. Which is precisely why reputable firearms manufacturers use heavy-duty epoxy, Teflon, moly, or ceramic based paints. If this paint wipes off with paint thinner – imagine what would happen with cleaning solvents designed to remove powder and copper residue.

I have refinished HK rifles for almost 15 years. This is the first time I’ve seen a hack job as blatant as this magazine catch. If the magazine won’t fit, there is a problem to address – you don’t “fix” it by grinding correct, in-spec parts.

A diamond in the rough. The Special Weapons SW3 US made cocking handle is an excellent all-steel copy of the original rubber and steel factory part.

This peeling paint on the trunion is from before I cleaned the gun.

When converting a standard fullauto trigger mechanism housing to semiautomatic, a pin must be installed in the housing to limit trigger sweep. While the SW pin is functional, the complete lack of finish work is indicative of what you can expect from the company.

Why would SW run this part of the trigger mechanism housing across a belt sander to reduce it smaller than the factory unit? Simple – the sloppy welds on the rest of the unit prevent it from fitting properly. I guess it was easier to grind down a correct area than to fix the incorrect ones.

The bolt carrier is another fine example of why Special Weapons has earned a reputation as the bottom-feeders of the industry. Apparently, due perhaps to welding the cocking tube on crooked (or welding through the cocking tube, leaving a ridge inside), the bolt carrier wouldn’t fit. But again, instead of correcting the problem, they just ground down a correctly dimensioned part to make it fit. Disgusting.
Summary
Perhaps after examining the product closely, you will understand why I choose not to work with any products from Special Weapons, Todd Bailey, or any of his front companies.
HK Special Weapons Review 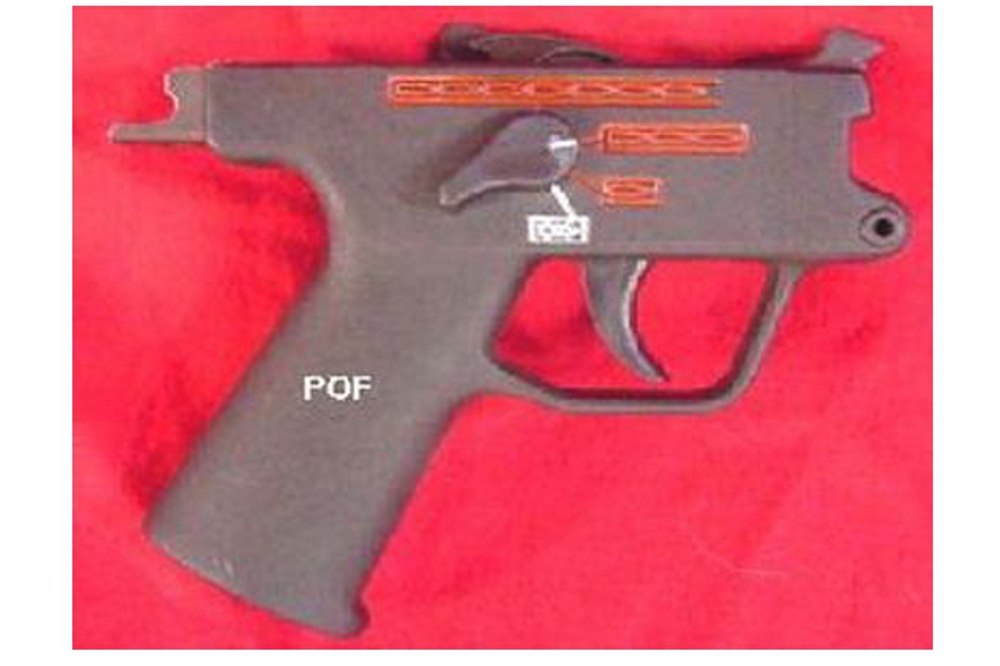 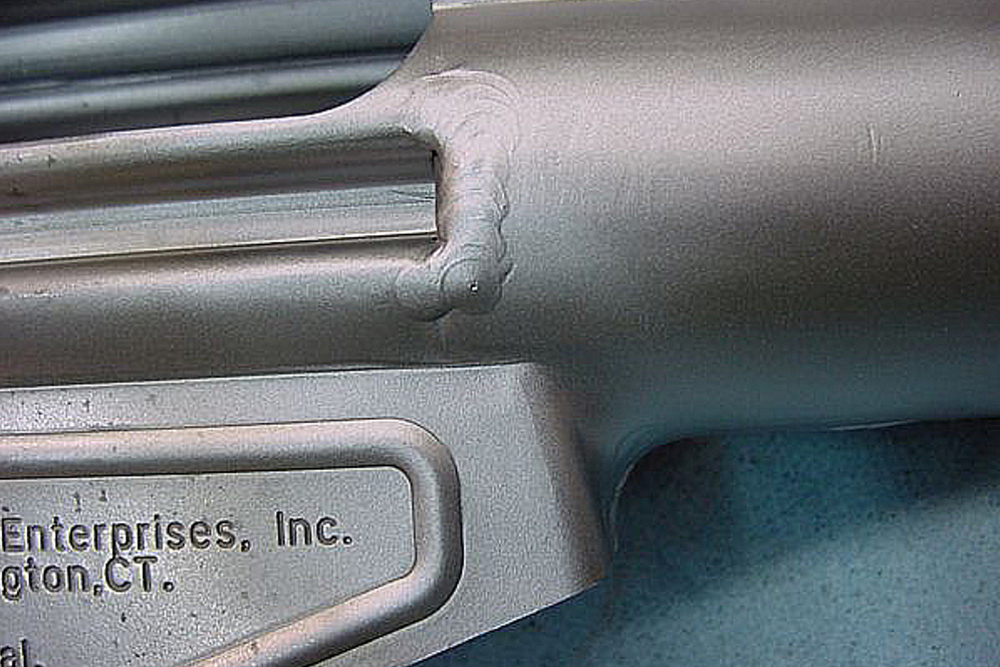 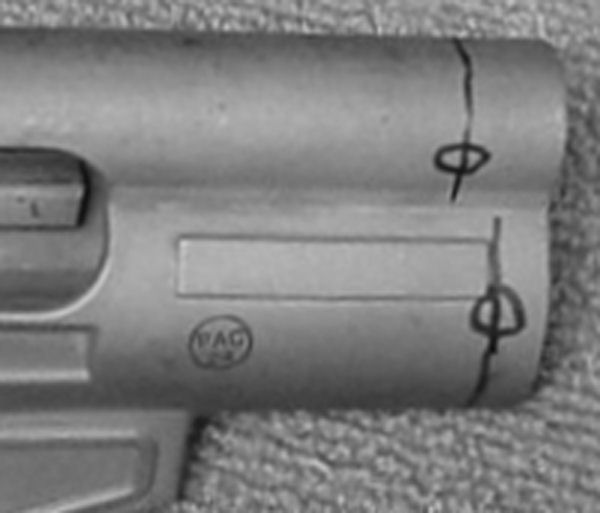