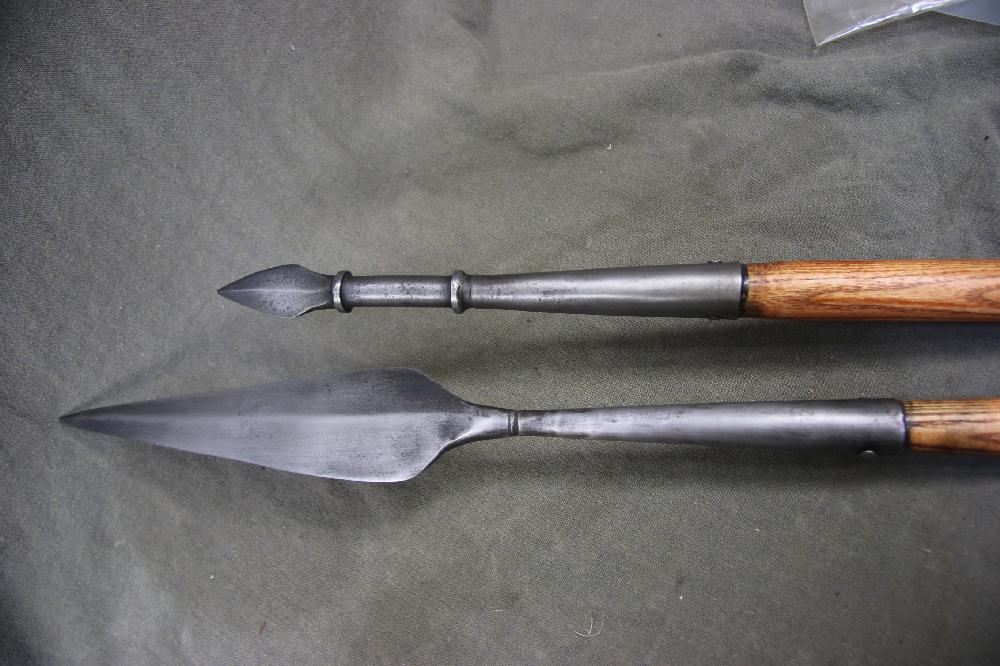 When I was a youth, I was into making medieval and Roman era armor. Chain mail from bailing wire, shields from trashcan lids, and Roman curiass ([I]lorica segmentata[/I]) from cardboard and duct tape. I considered pursuing it as an adult, but at the time, I was not equipped for the modern techniques of medieval armor reproduction, that would have made it profitable. So when I found a box of well-made forged spear points from India, I bought them.

They were calling to me. Several times I said to myself, “self, you don’t need these!.” I bought them anyway.

I ordered white ash poles because my research suggested it was the best type of wood for this application. I decided not to have a shoulder on the wood, but a gradual taper. I ran the taper by hand on the lathe, and test-fitted each head. It would leave a mark wherever there was contact. So I tapered until the end of the wood bottomed out, then shortened it by 1/8″ for a tight press-fit.

The wood shafts started at 1-1/4″ OD, and in order to get them straight, I reduced them to about 1-1/8″. On the short ones, I tapered the fronts from the 12″ mark and the ends from the 24″ mark. This leaves 12″ at 1″ diameter at a point forward of center, which should make throwing balance good.

On the long ones, which are more likely to be used as a hand-held weapon, I had to shorten the shafts from 7′ to 5’8″, or they wouldn’t fit in the lathe. I tapered those 18″ from the tail end and 12″ on the front.

I thought long and hard about gluing the heads on. I don’t know if it was the right decision, but I sprayed the inside of the metal collars with a release agent before installing the heads with epoxy boat resin (Marine Tex – same stuff I use for glass-bedding rifle stocks). This will give it a perfect wedge fit, but I may be able to remove the tip easier if I break the ash shaft. And the tiny bit visible around the edges looks like the original pitch.

I did some research and found that there was a “mil spec” even 700 years ago, and riveting the heads was mandatory, so I modified some AK47 center support rivets for that.

Shafts were white ash, so I lightly ran them against a blow torch I’d affixed to my vise. Since they were perfectly round from the lathe, I then sanded them roughly around the circumference leaving small flats to it didn’t look machine-turned.

I recall in Roberts Rules for Rangers, he had them scour their hatchets. I really don’t know what they scoured with. Sand, I suppose. Green scratchy pads work great. Even 350# sand paper was too regular in effect.

I purchased the heads already brightly polished and it just didn’t look right, so I aged them with bleach. I sand blasted them and then went through a sequence of gently heat, paint with bleach, scrub, and repeat. Final rinse in hot water. Scoured with a green scratchy-pad to accentuate the pitting a little more. But it was too even. Parts don’t wear uniformly. And when scoured, the low spots would not polish.

I painted the short ones with Birchwood Casey Cold Blue and then scoured. I am pleased with the results.

I used up all my cold blue on those, so I used BC Alumablack on the long ones. This seemed to dissolve a little of the rust that I spent so much time putting there! It turned everything green, but it scoured away nicely,
leaving a slightly cleaner finish than the short ones.

This is similar to the technique I developed for distressing BFPU FALs and AKs. I figure a soldier couldn’t keep his spear from rusting on long marches in bad weather, but would scour it clean from time to time. So rust and pitting would be unavoidable, but they’d still be scoured. Brighter on high spots than in the nooks and crannies.

Finished. Now I wonder if the shafts look too “new”. Will consider selling a few locally, but shipping would be a drag. Right now they are just hanging in the ManCave with cardboard and duct tape sheaths over the heads.
Gunplumber Makes Spears 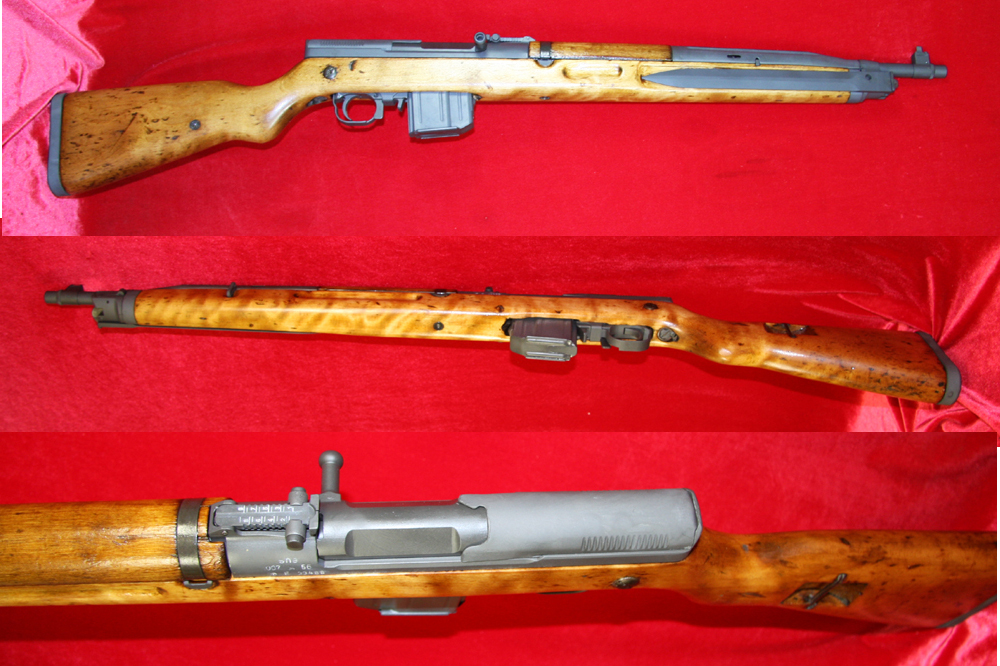 (updated 04-09-2020) Introduction In the distant past, ARS manufactured ghillie suits. Eventually, I 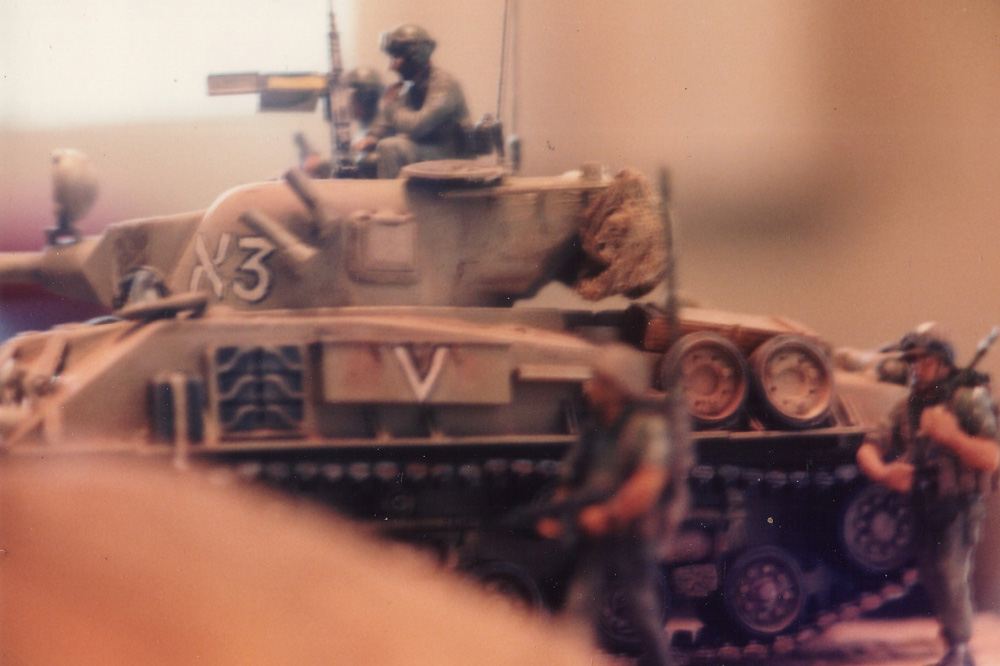