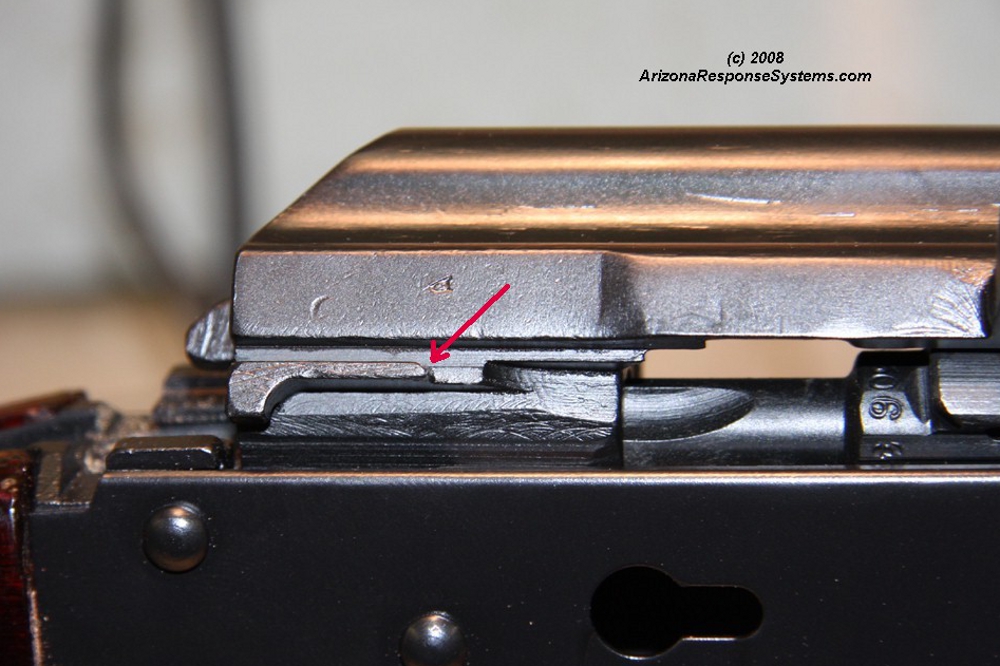 This image shows an extreme example of the bolt carrier jumping the rail. It is a difficult malfunction to correct because there are many factors contributing to it. Test for it by pulling the charging handle back and up. On some guns, the bolt carrier will stick in the rear-most position.

This picture shows a more typical example, with just the edge of the bolt carrier rail catching on the receiver rail – that is, it hasn’t jumped over the rail as in the previous image. Causes can be:

I believe the primary cause is the rake of the receiver flat when folded. The AK receiver bottom is at an angle relative to the top. The slightest variation in this angle from original specification, multiplied by the length of the receiver, will result in a statistically significant increase in the height of the rear trunion relative to the front. Combined with possible variations in the receiver rail height, and their relative position to the rear trunion, and the bottom line is the recoil spring guide sits too high.

The quickest and easiest method for working around this problem is to install a Buffer Technologies AK Buffer. While designed to reduce the impact of the carrier against the rear trunion, this accessory has been the subject of much debate. Generally speaking, the bolt carrier does not strike the rear trunion, or if it does, it is barely touching it. I test for this by putting a few layers of masking tape on the inside of the rear trunion, shooting it, and seeing if there is contact. Causes for contact can be a weak recoil spring, a brake that creates additional back-pressure, or ammunition that is slightly hotter than normal. Even outside temperature can affect the burn rate of the powder.

Repeated heavy impact with the rear trunion can work the rear trunion rivets loose over time. I have only seen it once, and that on a heavily used competition gun with the Bulgarian Krink 4-piece brake. This brake creates the most back-pressure of any design – it was made for short-barreled guns that needed the extra pressure to cycle reliably. With the full length barrel, it slammed the carrier back against the trunion. Changing the brake to one that redirected the gasses sideways instead of back, and replacing the factory recoil spring with aWolff +15% Power Recoil Spring stopped the heavy impact.

There are two concerns against using the buffer. One is valid, the other a myth. The valid concern is that the buffer essentially extends the rear trunion forward. In a rifle where the bolt carrier does not contact the rear trunion, adding a buffer will make it hit the buffer. Is this a problem? I can see where one might think it is, but I don’t think so. I can’t think of a way to test for it other than to see if a gun with a buffer will still batter the rear trunion rivets – I’ve never seen or heard of it happening, but I can’t rule out the possibility.

The other concern, which I will demonstrate to be a myth, is people who claim adding the buffer causes their rifle to double or to have hammer- follow. I assert that their trigger group is adjusted improperly and will double with or without the buffer. It is only because the slightly shorter bolt travel makes the cycling faster that the potential for doubling manifests. A different person with more sensitive trigger control could make the gun double without the buffer.

Here I have marked the portion of the bolt carrier responsible for cocking the hammer.

Here I have marked the mid point of the hammer face and transferred the mark to the sides of the receiver.

Here I show the hammer at its proper cocked position

Here I show that the hammer is fully cocked long before the bolt carrier reaches the buffer, therefore the buffer has no effect on whether the hammer catches.

While the buffer prevents the problem from occurring, it does nothing to address the cause. I prefer to fix problems, not just hide the symptoms.

Because it is the most simple, the first thing I address is the angle of the bolt carrier rail. One thing I have learned about AKs is there is nothing random about it. If there is a minute machining operation, it is there for a good reason. While I may not always understand the reason, I have come to trust that there is one. Note in this image that there is a ramp on the leading edge of the bolt carrier rail. While it is on both sides, the right side is more critical because charging the rifle tends to not only pull the carrier back, but also up and toward centerline – perfect for jumping the rail. This is why a rifle that can be made to jump the rail on charging, may not do so in cycling, where there is no radial force.

While the design is sound, sometimes the bolt carriers are not machined perfectly. I have found that many of the rifles exhibiting this malfunction have this ramp cut sloppily – either not to full depth, or at insufficient angle. A careful slice with the side of a small rotary tool cut-off wheel may fix it.

It is not a problem if you cut into the side of the bolt carrier. As seen on this Bulgarian carrier, it is nicked from the factory.

Here I have added a small weld to the top of the bolt carrier tab, which accomplishes the same thing as welding the underside of the recoil spring guide.

The next option is to lower the recoil spring guide relative to the trunion. This involves a more difficult weld. I weld the top side of the keyway, and machine the bottom surface, then recut the keyway. Romania numbers their recoil spring guides to the gun. I assert that they would not have done so if it was not relevant. While countries like Bulgaria do not, Bulgaria also tends to have more precise machining, that may have made recoil spring guides interchangeable between rifles.

The final method is for bolt carriers that have too short a rail. This does not mean it is defective – it may have been longer and had to be trimmed to fit the original receiver. With a stacking of tolerances, it may be too short for your receiver. It is also possible to screw up the ramp cut and require welding and recutting. I use an brass backing to keep the TIG weld from going into the inside of the rail – this makes recutting a bit easier.

Rough reshaping with a cut-off wheel. I will finish with some tiny files and then refinish the metal.
Wire Side-Folding Stock Does Not Latch

A Romanian wire side-folding stock should latch solidly in both the open and the closed position. If it does not latch close, it is because the small cut on the back of the lever plunger is not deep enough. Disassemble and make it a tiny bit deeper. Don’t overdo it, or the stock will wiggle in the latched close position and require welding and recutting.

If the stock will not latch in the open position, you can increase the travel by reducing the height of the stop pad, as indicated in the photo.

If attempting to charge the rifle yields stiff unlocking of the bolt, first check the right side of the front trunion. I have a found a few Bulgarian trunions where they protruded above the receiver by just enough to put some added friction on the bolt carrier. You can rule this out by removing the trigger group and the bolt. If the problem persists, it is the trunion. If it goes away, it is probably the camming angles on the bolt.

There are strategically placed angles on the bolt to initiate the rotation for locking and unlocking. I have found numerous AK bolts, particularly on new, unissued parts kits, where the angles are rough or of incomplete depth – perhaps caused by a worn edges on the cutter. Work the bolt several times and look for contact marks. You can polish the transitions between the angles and extend the cuts slightly toward centerline. Do not change the angles. Do not alter the rear surfaces of the bolt head, as these control headspace. 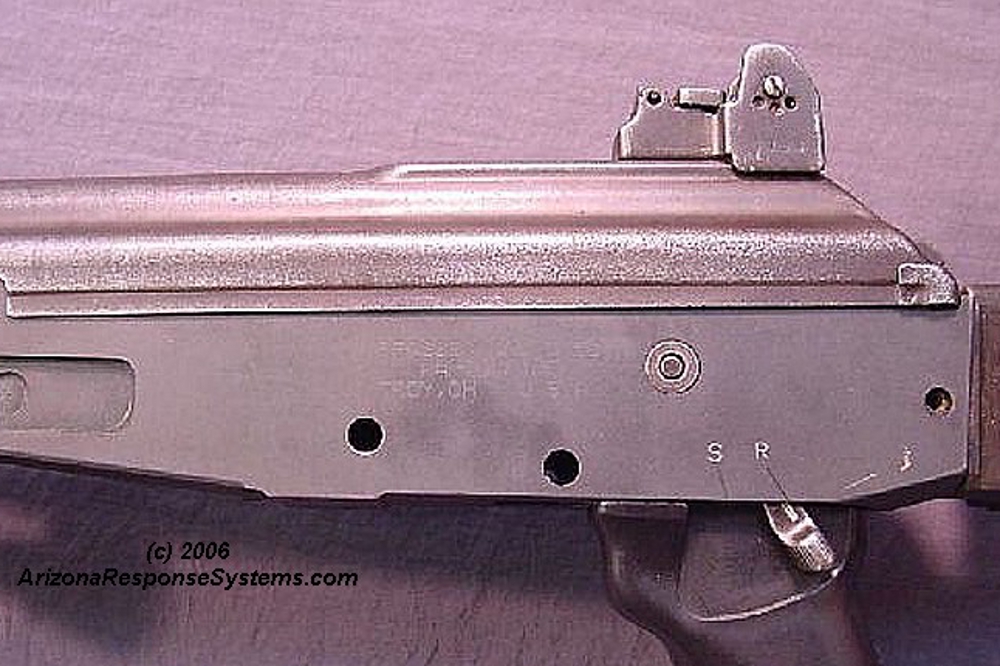 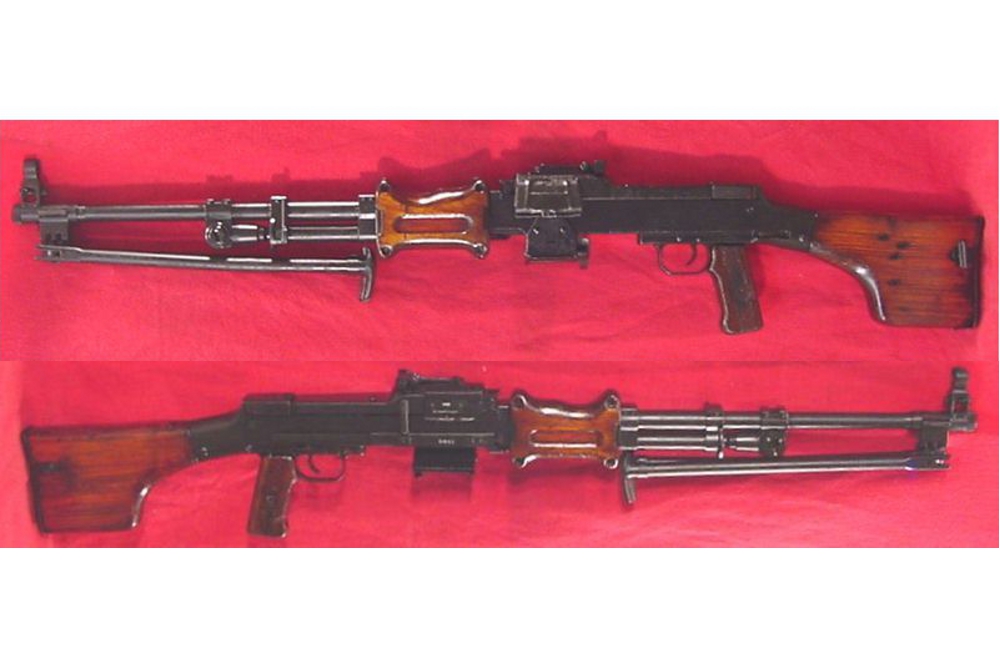 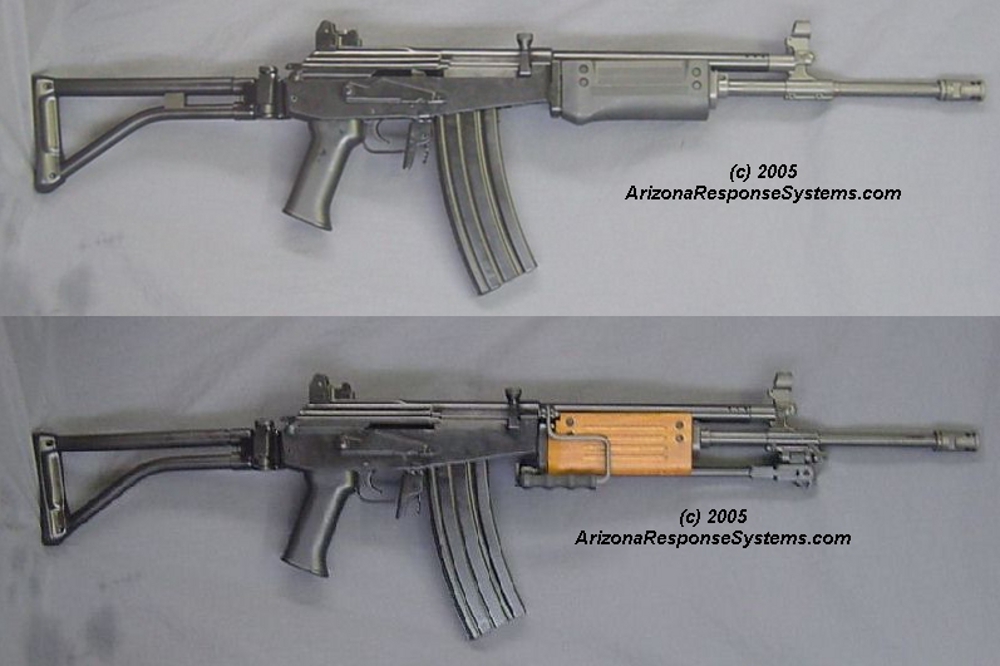